><><><><><><><><><><><><><><><><><><><><><
Most of this blog post I made using speech to text on my phone, mailed the text, copy pasted it here, and made edits so that it makes sense. Apologies for weird phonetics.
Testing testing testing testing. So I’m recording this because I’m too lazy to type and I want to post something on my blog. Many years ago I used to like a website .uk it was named Sorceress Products I found it because of something I’ve seen on eBay. The lady that owned that website also posted eBay auctions from time to time. So I ordered from her a few times and I had quite a collection of rollerball perfumes.
I was always fascinated by the magnificent world of perfumery and this love of mine has too little to do with the legends about the sense of smell and and scents and memories ~ things like that some old ones I really don’t like.
Link for the mentioned shop: https://web.archive.org/web/20120617074056/http://www.sorceress-products.co.uk/8/  ~
Perfumes had very nice labels, cute names and colorful descriptions on the website I could easily search by keywords and find what I was looking for. There were some cheaper ones with apparently fewer flavors and some more expensive but not too expensive anyway which had added pheromones –  this was not a selling point for me, I never took that part seriously anyway. The collection of perfumes containing pheromones had deeper notes more intense smells
https://web.archive.org/web/20121231223040/http://www.sorceress-products.co.uk/8/cat_110096-Womens-Perfumes.html
~ one of my favorites was called snake elixir, I remember from the description vanilla and sugar stroked with spices  – sounds so sexy now that I think about it however back then I only found it cute.
I thought to myself hey this is surely dupe for that famous perfume oil from the US that I can’t afford to order because shipping is like 3 times the price of products I would buy. Wearing those perfumes on my skin felt awesome during summertime, the warmth of my skin made me enjoy wearing them and walking around town, and in the winter time I rubbed them on scarves or on my palms/neck and then on the scarf and enjoyed them that way. At some point I threw them all away.
Anyway I really liked that company (SP) and ordered from them soap and other things as well it was one of the first stores that I ordered stuff from online along with Manic Panic. I’m not sure my BUyingthingSfromthe internet adventures have any relevance whatsoever. I don’t feel like I have things to learn from that still, and whatever nostalgia arises, I don’t know… It’s weird, it’s not just somebody surviving something, somebody surviving something…
Weird, what I encountered earlier: I was thinking about the memory which was resurfaced in my mind a few days ago and I can’t remember exactly what I want to think about when it comes to that memory ~  feelings of appreciation and love – not that much – it wasn’t something that important from my past, it was just a thing that from what I recall my grandparents used to have. Something made of coloured plastic to make ice cubes but it wasn’t like a regular tray (or bag). Irrelevant. It has been brought to my attention that when I have such feelings in my mind it’s survival of some sorts however I do not understand of who how why and why it matters, because I feel instinctually like Hey that’s your end goal, well surely that’s not the only way to achieve it, right?. Masked pesterness.
Honestly right now I don’t know what to post more on the blog give me ideas if you want me to 2-post about anything. I don’t know what to say or think about my copy the other woman whatever. I’m deeply saddened by many things since I would never be a woman for something that is as stupid as that confused thing over there.

Then blue pours over me and Whispers me be kind be kind be kind be understanding, they’re controlled, they’re controlled {their control their control} ~ it’s not their genuine instinct or will to react that way or show you those things but… I’m looking at porn on YouTube and I’m crying and nothing in this world is consoling me, and I don’t feel like saying hey why would I care, no. I am just a seeker, I want to understand and sometimes I’m held responsible for that one thing I’m not understanding enough while I’m doing the exact thing trying to understand. If I look at the words alone if I see them as strict limited things, of course I’m wrong. Because every word is wrong right? Could be would be should be made by ???

Never seen anyone holding that shit responsible and it’s not just death and decay. This is another topic that people don’t want to hear about because highly controversial and….
Sadness.
Looking back I can’t believe the amount of pain and here I mean physical pain which seems odd because like I previously mentioned it’s like nothing that makes sense anatomically –  physiologically speaking because I know myself that way from what I’ve learnt and if what I’ve learnt was wrong nobody really explained me. 😉 ~ All I see is: this lie or that lie and advantage to people over others, nothing like genuine look girl this is how things are It’s just just your nothing and your life ends there which is of course not true because in this whole story you would not exist without me. I still don’t understand what that means completely.
I reached a point in which I refrain, I abstain from thinking, because my thought frequencies are interfered by things which I don’t want to name because I don’t know what they are and I don’t want to blame because I don’t know who they are.
It hurts a lot and from my point of view prevents any true psychic advancement for me or serious  communication between seekers that reach certain frequencies on their own (hermits?). For me being a hermit always meant like, being with myself, away from annoying individuals ~ it was never my fault for not finding a true peer group but this lie that I’ve always swimmed in and learnt to call life.
Even if I didn’t do it for a short while I’m very very sad because I already started getting pains because I didn’t masturbate or I didn’t do this or I didn’t do that, not to mention the mental pains of getting aroused figuratively from watching certain stuff on YouTube which is very unlikely to how I am when I interact with the outside world.
I’ve found the point where every rational thought is wrong and I do not like that because I know life is not like this, not not meant to be like this, not like this,punct.
A nu se intelege gresit:{So I have nothing still to truly really involve in – I have lots of things to do but I never agreed to make those ‘lists’ to begin with! I embraced certain things but… I am always getting the car hints which I never agreed with – not one year ago while I was doing mostly the same things I’m doing right now being in pain masturbating or trying to take a break from it all and figuring out how not to be in pain the beings that I talked with – it’s the same even if it’s worse but it’s the same because I’m the same that I was more than 10 years ago and nobody gave a f*** to truly talk back then so it’s the same thing right now it’s just a different medium but it doesn’t matter anyway because the steps that we are taking are just a waste of time what are you in your time, in my time I’m trying to figure out what the fuck.}
I’m knowing that I’m wrong no matter what I think and that restricts anything natural. 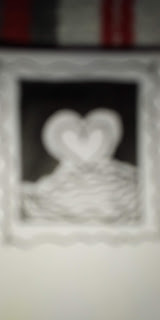 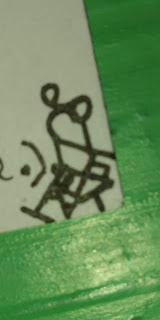 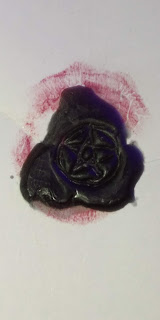 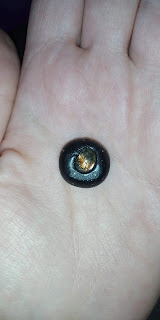 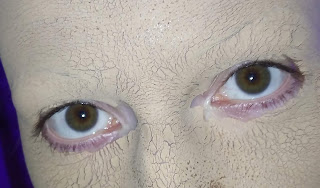 I don’t like this pic of my eyes, and I got a hint that somebody likes it, my first thought was, I don’t like you (him), and then I saw the letter W, thought about West, and realized I didn’t learn much about this topic but the myths about East West when it comes to spirituality, or Western vs Eastern EU stuff as I was growing up/teen.
I’m sure the true meaning of W is something different, a [ _ _ _ _ _ ] in which I’d find interesting things, sure, but I still wouldn’t like him, and I have no idea who he is. I still don’t know why I’m pestered with this on the psychic telephone. Nu am angajamente clare luate cu sau fatza de, si e ca o urmarire care nu ma intereseaza, si nu ma va interesa niciodata. De ce spun asta? Nu stiu sigur, pentru ca mie imi place ALTCEVA, si nimeni se pare ca nu m-a citit corect cand vine vba de asta, sau cine stie nu vorbeste, as usual with stuff that could make a difference. 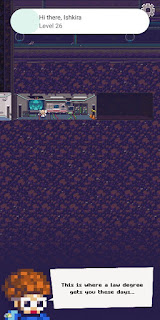 ]-[ello friend, or shit excuse for not talking properly to me?
Awwwwww.
I get it.
You have a family to feed.
But not like Laura ever got to see a family and not because of her weird childhood circumstances but BECAUSE IT’S NOT ABOUT FLESH SUITS AND SHE IS IN ONE.
Great!
❤️
When did you stop being a … _whatyouwereforme_ ? How did it feel like? Do you remember what happened? I find this fascinating. Don’t tell me to Orgasm again so I have the right to get more info, or just get there and Ill show you, because I haven’t enjoyed it in this way ONCE. {All lies on this topic, everywhere} I KNOW that not by reaching an orgasm I’ll gain the understandment I seek. Come means so many things. I’m not masturbating when I’m walking.
The power of 5
Arousal vs Aroused
Where Versus is not really versus.
🙂
Nobody that TALKS is right here.
(So why would I speak to you more about what I truly feel about stuff?)
Bad memories is not food.