Skip to the content
Humiliation, humiliation, humiliation. None is honest seeker, except those that don’t really talk. It hurts a lot, please don’t misunderstand this. I feel as if Honest Seekers are not allowed to see me/reach me/ talk to me.
~
28. Jun – A friend told me that getting my period is somehow similar to getting an e-mail. – OMG? Sigh.
29. Someone told me everything is (more or less) all white. White page (hence all the weirdness when I go in town / when I go outside). Screen lightng up. La ce ma ajuta sa stiu asta? (ajutat not as in ‘help’ though, but using this info in my reality ~ Hmm)
30. Random notes. Thx 4 the incense whiff.
– My phone thinks ~ that fucking (for him) means death. Yes, I feel my phone is a he (Dunno why tho)
– More weird/sketchy job stuff 2day. Bit scared, but not fearful. Scared that whatever I do in regards to these, it will be “bad”.
– Schedule. A tine in viata -> What?! (cluez ~ lightning, space)
– Azi parca (iar) timpul trece altfel.
– Vreau si eu un job normal. Higher self: But you never had one *wink*.
– Blue led light reflected on silvery metal (?)
– Balls. Pls, pls. Can I live without feeding egregores? Inner warrior said: NO. He’s a friend (so&so) – I am inhabited~ –
Who am I !? 4 myself. Even my budgerigar kmows I can’t be myself like this.
• Oh well •
First day of July 2020 adventures: https://photos.app.goo.gl/1UXzwKiaaM1kVHuH6
02.07. Strangeness everywhere. My city…doesn’t make sense anymore. Memories from moments in time from which I have nothing left to learn are being “reanimated”, I don’t know how / why for sure, but it’s as if to be used against me (& all, in a way). Twisting meaning according to how Evil ppl want. No escape, apparently, but it’s not escape I’m seeking. No logic too, and this is…Absurd. I meant ‘Legal’ Logic – appearances of which are kept through this MECHANISM (We’re all forced to be a part of) –  only possible through twisting of words. (Linguistix – talked about this before ~). 🙁
Evolution? Truth? Still not preferred. Dominion? But I don’t believe in the ones who “claim” such power. They’re against nature, not only against me,, but against ALL.
Time / my perceptions of various things( oh, the measurable ones) -> Used, twisted, held against me / what’s good. Solution? SOUL~ution.
Is it really a video? But…It’s my life! How can I learn & (I mean and, the fact that some hear this as end is very confusing to me) really grow past my programming? Circuits – trends?
Nobody told me my memories are People / are pinging People. Building Realities this way is very Sick, especially considering what I was made to witness & go through in this lifetime (I’m not whining, just thinking of the Sickness I saw and why some folks keep pinging to some of  my bad memories).  I want to heal from past wounds, not partake in this messy business where Death > Life.
Some weirdness happening in Rift as well, as if, at times, some friends were trying to teach me some things, 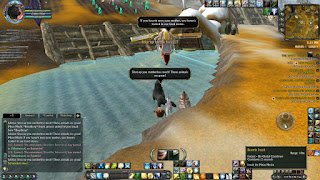 about their perceptions of reality, what they have to go through, also giving me certain Keywords. I didn’t mind, but at times it can be weird. Rubbing my eyes to make sure I don’t just imagine things on my own 🙂 I appreciate it, but then, other times, the complete opposite happened. *Bugs* Beep beep ~ Evil take-over MY game 😉
I play RIFT since 2011, an Irish guy I talked with on CamContacts introduced me to this game as I liked trying different MMORPGs. I liked it, seemed trusty, different and interesting enough, until it became more grindy, but hey, I kept on playing Rift over the years, enjoying the story line and most of the things the game has to offer. Never seen it as more than a video game on my PC though, so these past gaming sessions have been weird! 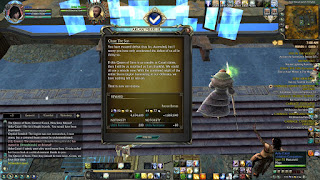 etc. I have some more, but taking it out of the lore context / game mechanix is weird in itself. However, luckily, some of you know exactly what I mean 🙂
♥
Catch ya later!