🤖
^
Me when I have to get an orgasm while masturbating.
Blink, blink, I see the same things, over and over.
~ About how I like to use social media. I like to post on social media according to how I feel like doing it, man, not according to any lil algo rythm. I am sad when I feel that ‘I have to’ do  things in a certain manner IF I DON’T WANT TO BE IN A WEIRD TROUBLE THAT MOST CASES LEADS TO PHYSICAL PAIN.
So, if today I feel like making X amount of social media posts and then I don’t post anything for a few days (not necessarily because of lack of content ~ we discovered together that you can ‘come up’ with Content from basically ANYthing…) but because I like feeling IN TUNE with what goes on MY social media profiles/accounts, I know it’s an edgy way of saying it, for some peeps, but then again, so many other peeps understand exactly what I mean (and feel the same way.)
~ It’s not that I don’t want to make any money anymore, the truth is I don’t really know what money IS. I grew up in a ‘film’ where money (splits in 3 arrows here) was: 1.purple bill I showed you already 2. Blue card french bank (from my first ‘real job~ working for IBM RO) 3. Something with an orange line on it called Epassporte ~ more about them on the bottom of this post: http://www.goddessazra.com/why-does-my-labia-look-like-a-snail-more-mysteriousness-es/ )
~ I saw little red dots on the screen of laptop earlier, as if they were trying to ‘read’ something ~ WHAAAT?
~ ORGASMS as I do them (as I learned ~ masturbation ~ orgasm ~ weird intricate pathways of mind control & black magic tincture on SENSES that were not sick to require that Treatment!) NEW AGE BULLSHIT. Now what?  Weird errors in COMUNI Translation are weirder than ever on my end, for example: https://www.mediafax.ro/social/ai-grija-unde-parchezi-de-maine-poti-primi-10-000-lei-amenda-daca-lasi-masina-pe-locurile-persoanelor-cu-handicap-19439675 ~ I have a weird feeling this might mean entirely something else than I see when I read the words. *Hints* Auto ~ ‘ALL’ ~ Selected blu hues. (?) Because the nature of the shit we’re in, regardless of how I put it, mentally, I reach a ‘dead end’ Over and Over again. And that’s bad. Aka, we shouldn’t be here doing this now (whatever we’re doing) ~ This is not the way ~ We’re still being used. Colors don’t matter in this context. *Sigh*
Settings > Keywords.
Whatever I keep saying I don’t even know how to organize it in words / media on the internet anymore. Honestly, I just need a break (I’ve seen some weird shit!) , to ‘integrate’ what I’ve been learning lately about tru truths, not what’s allowed for the masses to see. When I say I need a break, in this reality as I perceive it now, I mean, a while when I just do things according to how I feel right in doing them, not following trends, algorithmic things, etc. Think about some things, choose who I ‘interact’ with in the ‘Psychic space’… Seek ways to completely Grow UP from what I truly no longer wish to partake in & what that really means / what’s needed to make that real in the reality I’m in (?) ~ If it’s not possible in the reality I’m in, learn why & what my True options really are, go from there. Waiting is NOT a choice ~ I’ve been told to wait, more or less, MY ENTIRE LIFE ~ And I’m older than ever, now. (the age of the flesh~)
(!!!)
I don’t believe in Evil, even if I see Evil in action (motion ~ a weird way of the mechanism through which I ‘hear’ reality) every day ~ I don’t know what to do. I really don’t want to hear some voices on the ‘psychic telephone’ anymore. I always sought to do things according to how I feel right in doing them, but this also brought a lot of pain and letting myself & others down ~ There’s something out there that can make pain out of everything ~ I do not agree with that at all, full circle again (Evil) ~ I don’t believe in it ~ #transhumanism and all the haunting humans VS non-humans which, in my opinion we shouldn’t waste any time on. The blame game & redirected killing machines (because “ruleRs” – mass murderers). Arrrrrrrrr!
•○
Hey you guys that are reading this and know for sure why COVID started and came upon us all as it did, how can you even do things in your Reality while keeping such Secret? You could tell ALL about the real reason we have Covid-19 in the world. One relatively short sentence, too. All excuses lead to dead ends,period. regardless of “what’s been promised” to you for keeping your mouth shut on this, I’m pretty sure about that.
○•
(Btw I feel bad saying that, ‘the masses’, mass – lots of people but also – slujba – which means…Job -> bad religious thingies bad human nature thingies exploited exploited VERY unconstitutional @ the Court of Souls. What’s that? An artsy way in which I talk about Divine Law).
I felt they’re going crazy, watching the same thing over and over again. Little lights that make my body feel real ~ better numbers are calling but they don’t answer. ban ban ban, lied to, you’re not allowed.
•
•
• 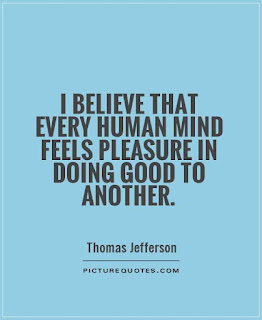 How do we know what’s good to do to another? Do we truly know what’s good for ourselves?
[I think I do ~ I feel I could learn why, too ~ regardless of level / context / floor / however it’s called with the different types of interpretations of perceptions.]
Hello, time, what about the ‘lightning’s? Orange orange blip blip blip ~ That sound doesn’t let me sleep! & my body needs sleep to be healthy & DO GOOD ~
https://youtu.be/0luS6J2rZSE ( https://www.youtube.com/watch?v=0luS6J2rZSE ) <- I used to like that guy a lot (Oreste Teodorescu, the guy in glasses), at least on the surface. He seemed very Intelligent to me, well, maybe he is, but also, a comedian, and way too much into politics. I listened to a lot of videos with his show, various guests, same theme(s) really. Thought it’s about real, occult spirituality & genuine paths, but as from what I learned, this sort of stuff is mostly New Age in costumes, in this poorly designed schematix by, the only, UN. (un in Romanian means the masculine form of one btw ~ ha!).
I pray this whole madness with the misunderstoodinglisly false ‘divine’ Masculine stops asap so we can all learn about how we really are, Gnothi Seauton style, and see where to go from there. Walking in a world built ‘on’ a dude’s sperm 💪⚡💦👾 feels weird, at times, especially when I remember certain visions.💙
💋 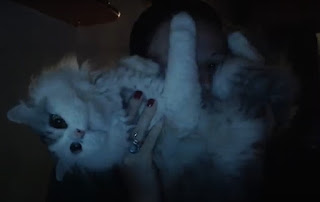 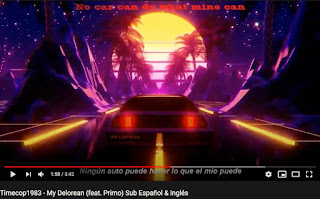